One of the Crowd Supply projects I backed finally delivered, which means I am the proud owner of a Wigl dancing robot. We’ve been looking forward to giving this to A., and each birthday or gifty holiday that passes we were wondering if it would arrive on time.

Well, it finally arrived a little after Christmas (or, it arrived right on time for Orthodox Christmas, if we are keeping score) so we went ahead and surprised her with it.

There was a little bit of organizing to do in the computer shack necessary to get things to a state where we could make solder smoke, not to mention a fair amount of moving “treasures” onto her new workbench. But once we got that out of the way, things related to the electronics assembly progressed relatively smoothly.

I guess we ought to start with the unboxing, of a sort: 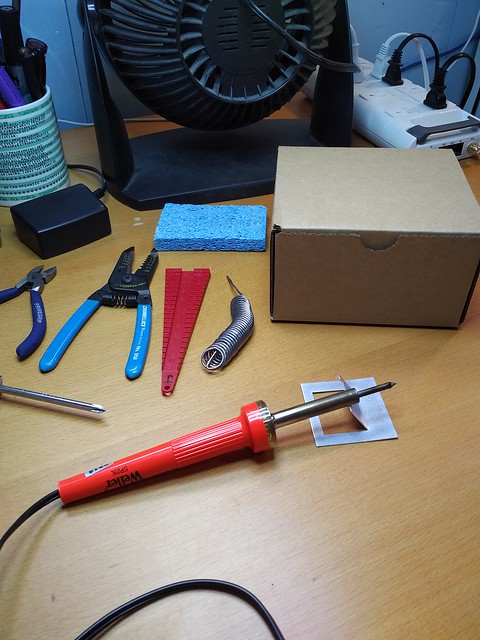 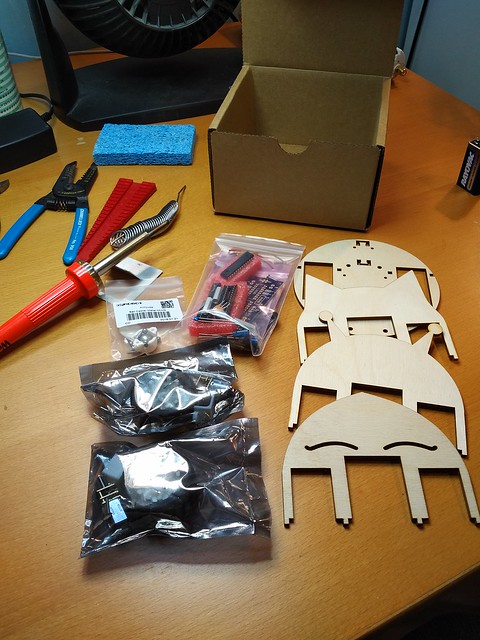 Here’s all the parts, inexpertly knolled: 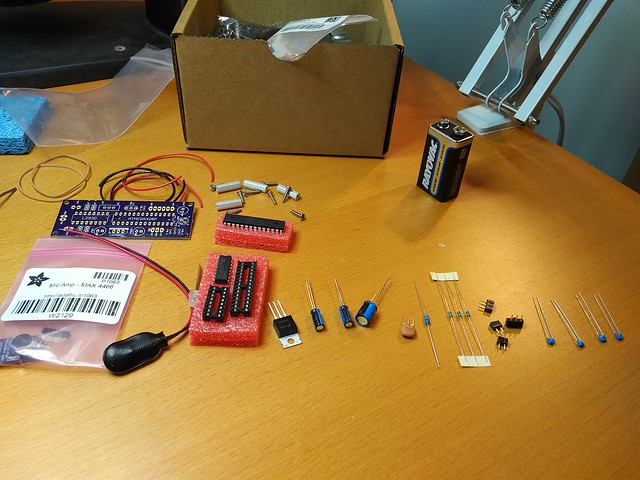 And here’s the completed board: 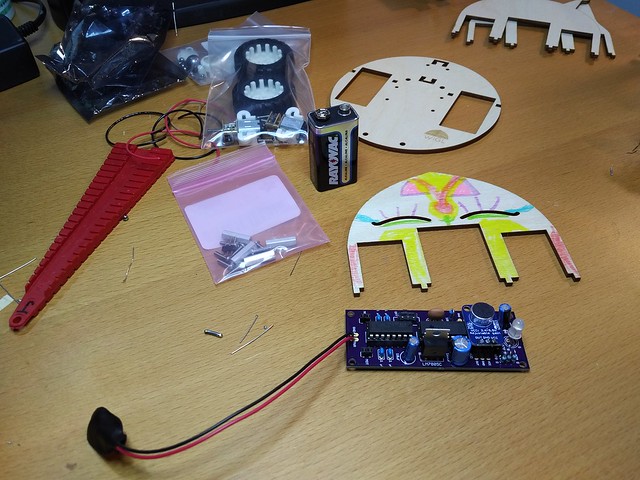 Here’s a close-up. My soldering skills are a bit weak, and I really need thinner solder. So I’m not going to show the reverse side. 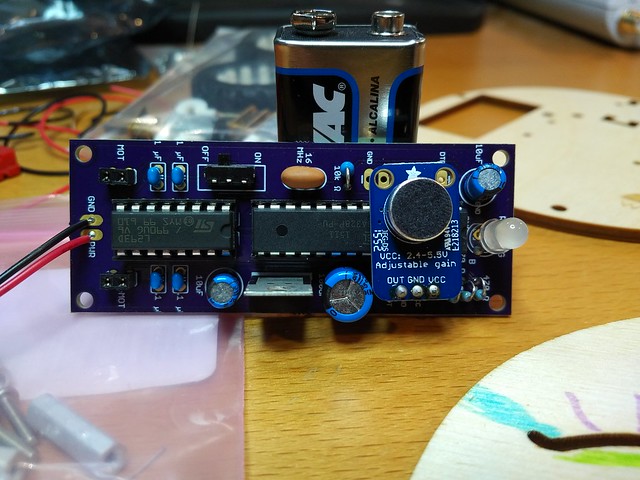 I made a few mistakes but managed to resolve them without damaging anything. And when we hook up a 9V battery to the board and turn it on the RGB LED displays a variety of colours depending on the presence and pitch of sounds captured on the microphone. So that’s a win.

A. helped a little, but I wasn’t sure we were ready to dive right into soldering yet; at least with the gear I have. I tried to enage her with selecting parts and holding some tricky bits while I made the smoke.

The project has not published the full assembly directions yet, so we stopped here. It looks pretty straightforward, but I think I want to wait until I see the hints around putting the wheels on and figuring out motor direction and whatnot. It’s also unclear how to reprogram the AVR chip without a proper header, but I haven’t really looked closely at that yet. It does appear to have some working program already on it, so that’ll do for now.

So, a qualified win. I was a little too timid about enagaging A. with the actual assembly and soldering. I’ll do better when we assemble the hardware. The fiddly puzzle-like pieces and actual nuts and bolts are something she is probably looking forward to messing around with.